When horses get Navicular problems these can be some of the causes. Chiropractic Adjustments can help with the compensation such as Pelvic and Sacroiliac problems as I witnessed today in a horse I am adjusting. Please contact Dr Bruce at 781-801-2831 or indekchiropractic@gmail.com

Cruciate ligament injury is common in many dogs. It can occur from over stress such as playing frisbee or jumping off a deck or out of a car. It can also occur from a degenerative issue such as the dog I saw the other nite. Chiropractic and rehab are essential to keep the other knee from tearing as well as lameness on the opposite front leg.

Today I had a new dog patient whose owner told me the shoulder keeps going out of place, the vet has put it back in at least twice but it does not stay in place. When I arrived i could see this mini poodle was holding its front left leg out and not putting wt on it. After examining the leg I asked if xrays were done and she said no. I advised her to go back to her vet since this may be a congenital shoulder instability that has shown up later in life due to degeneration. The poodle is showing no signs of pain or distress. This Mini poodle was a rescue and was confined to a cage for a long period of time as a puppy so there may even be some issues arising from improper growth and development.
I will see this poodle again after the vet re-evaluates to keep him functional in the upper spine and extremities since there is abnormal wt distribution on the other joints.
indekchiropractic@gmail.com
781-801-2831 Dr Bruce 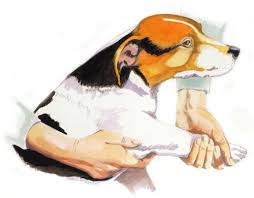 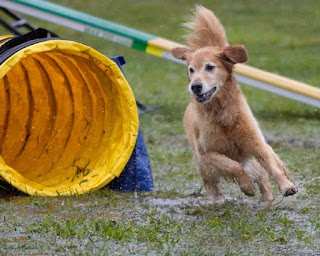 Common shoulder injuries occur since dogs carry 60 percent of their body wt on front end. Very often chiropractic adjustments to the shoulder along with cold laser can clear up lameness on the front end.
indekchiropractic@gmail.com
u can call Dr Bruce at 781-801-2831
Posted by Dr. Bruce at 1:15 PM

Thanks for visiting the Latest in Chiropractic. My hope is to provide cutting edge information and resources to help you make better decisions around your health naturally. Whether you are new to chiropractic care or a season veteran, this blog is for you.

Dr. Bruce
South Weymouth, MA, United States
Started my practice in 1984, with a focus on families and athletes. I am also certified in sports injuries, and certified in animal chiropractic. Since 1984 I have been the Chiropractic Coordinator for the Boston Marathon and Team doctor for the US Triathlon Team. Currently I offer my Animal Chiropractic Services throughout New England, Horses and Dogs primarily. I only make house calls for dogs and barn calls for horses. I also teach at Options for Animals Chiropractic College.